Review: Flame in the Mist by Renée Ahdieh

"Be as swift as the wind. As silent as the forest. As fierce as the fire. As unshakable as the mountain."

Set in feudal Japan, Flame in the Mist is the first in the series of the same title that follows Mariko, the daughter of an ambitious daimyō, as she embarks on a journey of subterfuge and retribution. When Mariko is attacked by the Black Clan on her way to marry the son of the emperor, the scholarly girl vows to avenge the deaths of her fallen samurai by infiltrating the ranks of the Black Clan. Disguised as a boy, Mariko begins working to gain the trust of the Black Clan, intent on slaying their leader. However, Mariko soon finds herself entangled in the truth of the attempt on her life, and finds both her secrets and her heart are made vulnerable.

Before my review, I just wanted to announce that I have created a Bookstagram account! (That's an instagram account dedicated to books, for those not in the know.) I can be found on Instagram at @thebookmuse so feel free to check it out! 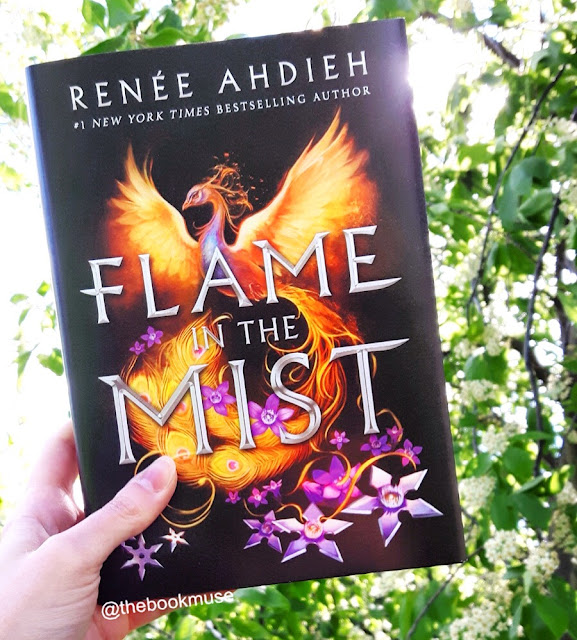 The characters were flawed and fully fleshed out. They made frustrating decisions and mistakes, but I couldn't help but love them. Mariko's antics and banter with Ranmaru, Yoshi, and Ōkami made me laugh out loud, and I revelled in Mariko's stubbornness and quick wit. She is quite the feminist character, and the book as a whole has a feminist approach. Which is awesome—the writing was quick to point out the flaws in the system as well as in how Mariko was treated differently when disguised as a boy. The world needs more books like this!

The plot was well-paced, throughout the novel, ending with breakneck action that left you breathless. There were several earth-shaking plot twists towards the finale, at which I found myself actually exclaiming out loud! I was extremely invested in the characters and events throughout the story.
The description and setting was unparalleled—I could practically scent the cherry blossom petals floating down the rivers of Inako, taste the daifuku rice, and hear the sing of a katana blade as it sliced through the air. Renée's characters and settings are like art personified, and the Empire of Wa was beautiful and treacherous and entrancing all at once. Every sentence was like poetry, lyrical and lovely in the way it flowed. The chapter titles were works of art in themselves. The language used was simple, yet profound. Sometimes I found myself pausing with awe to marvel at an especially well-crafter sentence. I loved the inclusion of culture and words, which made for an even more engaging read. This is what I love about Renée's writing—the prose is timeless in its elegance. 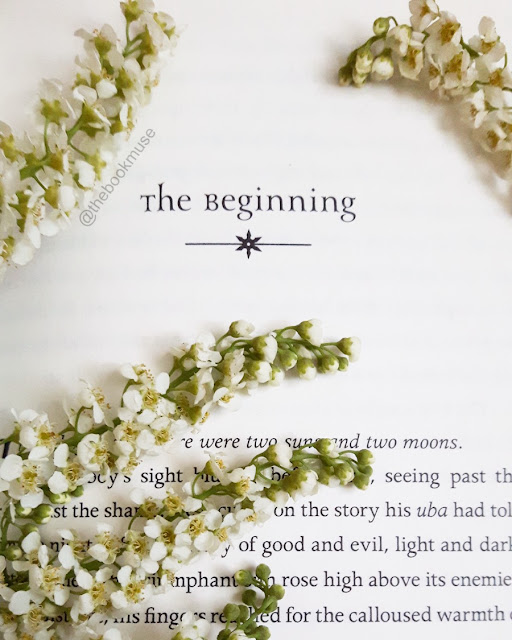 The romance in this book was phenomenal in that it was very realistic. For the majority of the book, I wasn't certain which of two characters Mariko was going to fall for, as neither was described in an overly complementary light, as in most young adult novels where the love interest is naturally gorgeous and flawless—rather, Mariko saw their flaws and character. For the sake of keeping this review spoiler-free, I will not be mentioning the name of Mariko's love interest. (Let's call him the boy.) The couple in question start out as enemies, however as Mariko finds a place within the Black Clan, both characters begin to develop an attraction to the other. I was pleasantly surprised when the boy began having feelings for Mariko even before he knew she was a girl—it made their love much more pure, based on mental attraction rather than physical. The romance was not the central point in the story, and it Mariko's struggle to maintain her hate towards the boy and the other members of the Black Clan felt very realistic.

As in her previous works, the story is beautifully told and entirely entrancing. The world is captivating, and the lyrical phrases will linger long in the mind after the story has ended.

I cannot wait to return to the Empire of Wa in the second installment in the Flame in the Mist series—the book's release seems an eternity away!
Labels: book review Flame in the Mist Renée Ahdieh The Wrath and the Dawn