Review: The Song of Achilles by Madeline Miller

"Name one hero who was happy. . . You can't." — Madeline Miller, The Song of Achilles

It took me quite some time between reading this novel and writing the review, because it took me a long while to organize my thoughts on this novel. My appreciation for Miller's work has only grown through my retrospection, and I will definitely be re-reading this book in the future!

Set during the Trojan War, The Song of Achilles is a retelling of Homer's Iliad and the events leading to it. Told from the point of view of Patroclus, the tale follows the young prince as he is cast out of his kingdom and taken in by Achilles' father. Achilles and Patroclus soon form a close bond, despite the interference of Achilles' terrifying sea-nymph mother. 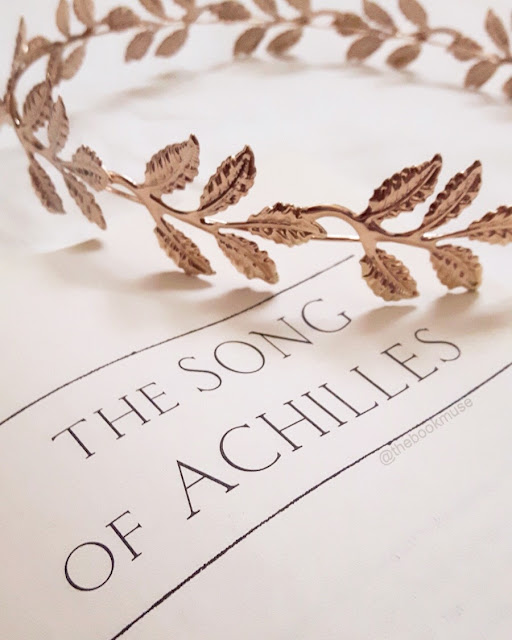 I have done another blog post on my playlist for The Song of Achilles, which you can find here.

For those who are familiar with mythology, it's common knowledge that Achilles' story ends in tragedy. Even knowing that before going in, it didn't stop me from hoping that fate would alter and the end would change. The inevitability of Achilles and Patroclus' destiny made the novel all the more beautiful.

The characters were very much in keeping with their mythological roots. Patroclus undergoes significant character development throughout the novel as he becomes his own person outside of simply Achilles' companion. I read about Achilles' own development with a sense of impending destruction, as his hubris and stubborn pride set in motion his downfall. There lies the tragedy—if only Achilles had listened to reason in those final pages, their fates could have been so much different. I couldn't help feeling a certain disillusionment with Achilles as he maintained his refusal to fight for Agamemnon, even at the expense of the lives of his comrades.

I loved the progression of Patroclus and Achilles' relationship. Their love developed very naturally, and it was interesting to see that regardless of Achilles' godly parentage, even heroes have awkward moments. The first kiss on the beach was a comedic scene that added some light-heartedness into the storyline. Their relationship was beautiful, and I loved the easy trust and reliance between the two—theirs was a love built on friendship, which weathered the trials of separation and Thetis' interference.

I have heard many readers remark on the descriptiveness of the writing, however I did not particularly resonate with it until I heard the author herself reading an excerpt from the novel. When read aloud, the writing does have a very simplistic, lyrical style which I regret not having noticed during my initial read of the novel.

The story itself is true to the mythology, even including lesser-known aspects of Achilles' tale such as his time on Skyros. Being a self-professed Greek Mythology nerd, I was impressed to have learned from this novel—Pyrrhus was a character who I had very little prior knowledge about, but who is nonetheless important in the legends.

The end of this book was probably one of the most beautiful, bittersweet finales I've read. Though the story ends in tragedy, it also finishes with a vestige of hope which left me nearly in tears. The scene in which Patroclus recounts his memories to Thetis was so emotionally strenuous, yet made for a satisfying conclusion. I could not have asked for any better end to this tale of love, tragedy, and heroism.