My Experience Studying Abroad in Greece

I have always been deeply fascinated by ancient Greece, land of heroes and legends. I can remember sitting in my sixth grade history class learning about Athens and being utterly transfixed. The mythology and pantheon of Greek gods has always captured my imagination. 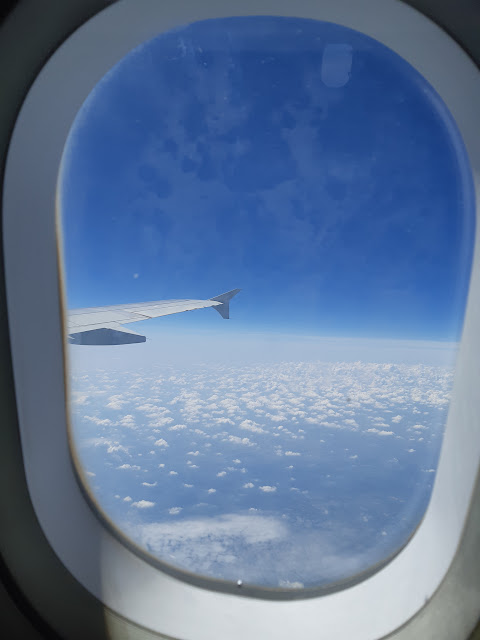 I never thought I would study abroad. It had always seemed like an exciting, far-off thing that was just out of reach. Study Abroad programs were for those students who got involved in everything, who got the most out of everything university offered them. I never imagined that I, the bookish dreamer majoring in English with a passion for Classics would ever get the opportunity to study abroad, much less immerse myself in the study of something meaningful to me in an overseas setting.


But in the fall semester of my sophomore year of university, one of my ancient Greek history professors distributed a flyer advertising a group study in Greece. I was immediately drawn to it, despite being an overly cautious person. For the first time in my life, I decided that maybe instead of listing all the reasons why I shouldn't, I would think of all the reasons that I should. I sent in my application, and a few weeks later I was accepted! There’s nothing quite like stepping foot on the Greek soil, knowing that the very ground beneath your feet has witnessed the rise and fall of countless kingdoms. As you walk through the markets and streets, It’s impossible not to imagine how many others before you have done the same. You can stand on the Acropolis at Athens knowing that this is the same place where ancient historical figures would have stood. You can travel the rocky, mountainous paths with the knowledge that you are following the same path once taken by Alexander the Great himself.


Everything in Greece is deeply steeped in history, from the restaurant names that are a nod to the ancient past to the architecture of modern buildings that mimic the classical columns of the Parthenon. When you are studying abroad at the very site of the first Olympic games, or the setting for the death of Socrates, becomes an inexplicably immersive experience. Your feet brush against the same sand that would have covered the ground of the stadium, the same sand that would have softened the landing of a long-jump athlete or been thrown into a rival wrestler's eyes during a competition. Sitting in the marble stands at a theatre, the sun shining bright and blinding, you can almost see the ancient actors whirling in a ritual dance or reenacting the death of Agamemnon. Everything, from the wine-dark sea described by Homer to the sweetness of the Mediterranean air, seems like a summons to study the past. The paths twist through towns like the ancient labyrinth of legend, and Greece will call to your soul through its nostalgic nods to history and its ancient ruins that lay around each city corner.


The eighteen days spent travelling throughout mainland Greece were incessantly busy. Bussing from city to city every few days, stopping for museum trips and visits to historical sites kept us occupied, and when paired with daily lectures, site reports, essays, and PowerPoint presentations, it was all I could do to keep from collapsing into bed at the end of the day. But as we drove through the Greek countryside, I would ruminate on how Greece is a reversal of what I know of city life back home in Canada. In Greece, it seems that civilization is encroaching upon nature - ruins and castles interwoven into the forests and groves - rather than nature encroaching upon civilization, as it seems in other countries. For at home, our cities are concrete blocks of civilization where a large park is a commodity. But in many parts of Greece, you need not venture far before stumbling upon some olive grove that is untouched by time, where the tree trunks grow thicker than a man’s torso and the sunlight filters dreamily through overhead branches.


The day in the life of a student studying abroad goes something like this: you wake up early to have breakfast with your classmates, then set out while the day is still cool to arrive before the rest of the tourists at your historical site. We would spend a few hours exploring sites, taking notes and listening to lectures, before being released into the city for the next few hours. But this time was almost always spent exploring museums or hunting through the city for the best WiFi hotspot so as to write one of the many essays assigned to us.


I remember being told in our pre-departure sessions that study abroad would change us. But I had no idea the extent of the personal and academic growth this trip had in store. When you are working within a group, there are times when you need to put the good of the group above that of yourself. There were some situations, such as facing scammers on the streets of Athens, that revealed deeper versions of ourselves. I can now say with confidence that you never truly know someone unless you’ve seen them running on five hours of sleep and no WiFi connection during an hours-long bus ride in the heat and humidity.


The friendships and bonds forged on this trip came as a surprise to me as well. I went into the program expecting to contribute to the group but mostly keep to myself. But being surrounded by so many like-minded people had a way of bringing us all together, and there was more than one occasion when we found ourselves talking late at night beneath the starlit skies of Greece. People gradually let their guards down as the trip progressed, until we were comfortable singing embarrassingly in front of our classmates and trading stories over midnight meals. There is a weighty significance to being able to learn about Greek history as you immerse yourself in the places it occurred. You can read about the battle of Thermopylae and watch 300 as many times as you like, but nothing compares to standing on the battlefield itself, with the mountain pass to the left and sea bordering you to the right. Entering the archway that leads to the Olympic stadium was another deeply impactful moment - feeling the sand beneath your feet, as it throws sunlight into your eyes. The immensity of it all is overwhelming, and no amount of required reading compares to actually placing your feet in the starting line and imagining the crash of the starting posts before you take off running down the stadium. Time seems to melt away when all that's between you and the material you’re studying is the class casing of a museum exhibit.


I have always loved Greece, land of gods and heroes, where the ancient past is closer than anywhere else. It has been the experience of a lifetime to visit these ancient sites whilst learning about the historical figures who once walked the same streets, or the warriors who once made their final sacrifice on the same plain where we stood. My love for Greek history, culture and mythology has been a great driving force in my life for many years now, and I am beyond grateful for the opportunity to visit through A study abroad program. Canada may be my home, but it is Greece that holds my heart - that ancient land where history seems ingrained in the very dust beneath our feet.