Review: Fantastic Beasts and Where to Find Them

So this post is way past due! I saw Fantastic Beasts back in December, but I haven't gotten around to reviewing it until now!

I went to see the film after having heard tons of good reviews from friends and media (it got 100% on Rotten Tomatoes!!). I was thrilled to finally get to watch it (I did a post on Ilvermorny Wizarding Houses a few months ago and I'm sure my enthusiasm for the movie is evident!). Here are my thoughts on the film and screenplay. 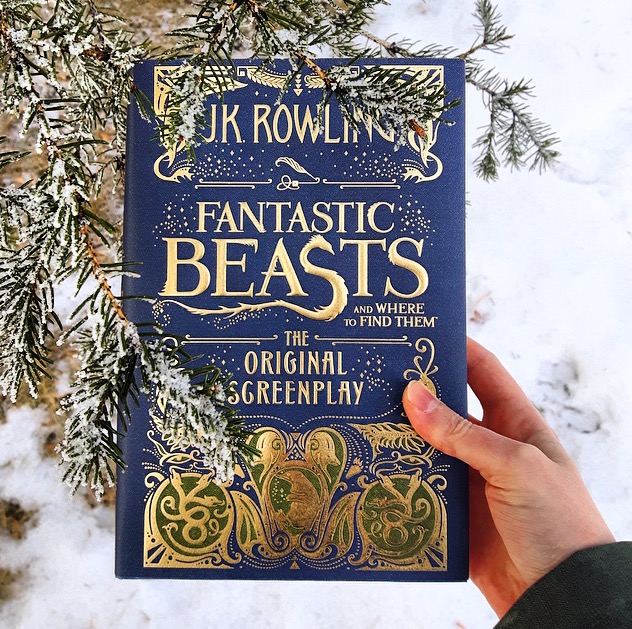 Newt Scamander is an adorable Hufflepuff who has such care for his creatures. His mating dance was exceptionally hilarious, and the bowtruckle and kniffler stole the show! I'm interested to learn more about Newt's Hogwarts days, as well as how Leta Lestrange factors in to his past.

Jacob Kowalski lives every Harry Potter fan's dream by taking part in the adventures of the witches and wizards! To quote him, "I wish I was a wizard!" He is likely who audiences can relate to most due to his no-maj origins.

Tina, the 'career girl' is torn between the desire to mete out justice and the desire to do what's right. The writers seem to be setting her up as Newt's love interest for the next films. We know that Newt is ancestor to Rolf Scamander, who Luna Lovegood marries following the events in Deathly Hallows, so the future romantic pairing of Tina with Newt is quite probable.

Queenie was one of my favourite characters. A skilled legilimens, Queenie is empathetic and quick-thinking. She and Jacob make a very cute pairing that I hope is picked up in the following films. Her bronze-rose makeup look is one that I'll have to recreate in future!

The scenes from Newt's suitcase were spectacular. The plot twist at the end of the film was something I didn't see coming at all! I enjoyed how the film was set during winter, making it espescially festive!

There was a dark undertone to the film that the light touches of humour and moments of wonderment couldn't quite make up for. This film deals with some heavy issues that definitely have a basis in the muggle world.

That said, this movie brought back a lot of the original wonder that the Harry Potter films first introduced to us. I look forward to seeing the future instalments in the film franchise!

I read the screenplay shortly after. It was a good way to re-live the film, and offered some insight into what the characters were feeling and thinking. I felt that the audience was given a better understanding of Credence, especially regarding his dynamic with Mr. Graves and his fears about his powers. Overall, the script didn't offer much that wasn't in the movie, but it was entertaining nonetheless.